Symphonic Space Prog at its best 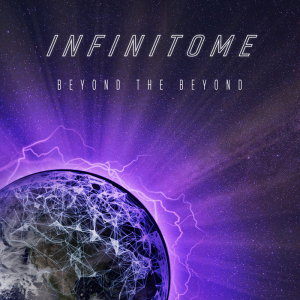 Here we have the new INFINITOME album coming our way at the end of September 2022, following one year after the release of the debut „Voyage Home“, that already was concipated with a distinct Sci-Fi story regarding the context. Important to know, the band is driven by brothers David and Richard Horn from the US. Both are contributing concept, compositions and nearly all the main instruments. That means the bass, plus those other manifold guitars and keyboards. And besides some additional supporters they especially could engage Scott Higham again to play the drums for this production, a prolific and demanded musician from the UK. While listening to this multi-layered adventure, it’s not really difficult to spot, with considerable reason the main stylistical frame should be assigned with the term Symphonic Space Prog. But hey, what is this all about actually?

A crew of five astronauts is on the first human flight to Mars. The narrative takes its run halfway between home and destination. At some point things won’t go according to the plan anymore … well, so much first … in any case main protagonist Mae Dwight will be faced with a lot of challenges furthermore, that includes time travels and so on. But I’m not going to reveal the whole story, I’ll leave this to the accompanying booklet. It’s definitely worth it! According to that the predominantly instrumental music evolves in different phases too. Just like wandering between dramaturgy and calmness, straightforward and eccentric, soaring and grounded, melancholic and aggressive … yeah, you’re able to experience all of this during the course of the „Beyond Mars“ suite. While drawing on the symphony „Mars, Bringer Of War“, composed by Gustav Holst, this most probably marks the album’s centerpiece. 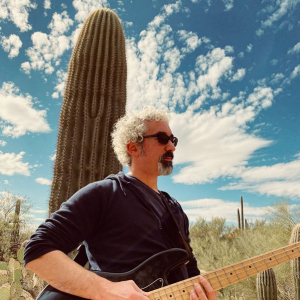 It takes frequent attempts to capture those multiple impressions presented within the five movements. The lively piano impresses by way of example, and, contributed by Ilia Mazia, a rather exceptional instrument is incorporated here too, the Armenian duduk. By the way, a direct connection to their debut is manifested due to some shorter, let’s say interludes, where all are initiated by the „Fantasia“ prefix. No drop in entertainment level furthermore, they are continuing with Baa Baa Goes The Sheep which magically sets some weird experience into music. Again solely one track contains lead vocals, featuring nice acoustic guitar and piano it’s the closing melancholic ballad Day I Lost You.

Based on a profound story this is an impressing statement in its entirety! Now at the latest Scott Higham should receive some extra kudos for his ambitious share. Also, the fine string arrangements will need some praise too. I already was impressed by their debut, but concerning song writing skills and musical execution this one is a step forward so much the more. I know, when evaluating brand new music, we should be careful to assign a masterpiece status all too fast. Okay, let’s say time will tell, but it’s definitely close to that. (Uwe Zickel)