Soen – a softer, elegant incarnation of the band at work 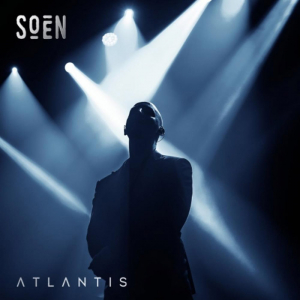 The music has its origin in a concert film entitled Atlantis. A rather handy solution maybe, because named after the Grammofon studio in Stockholm they had chosen. It’s just like a best-of selection featuring thirteen already known band compositions. Plus one Slipknot cover, to be precise. Also available on DVD the whole matter was filmed respectively recorded with live-in-the-studio circumstances on December 10th 2021.

Some of their most popular songs are re-interpreted here together with an 8-piece orchestral accompaniment and additional female background vocals. And so in consequence the overall impression is less metallic.

You will experience a softer, eventually elegant incarnation of the Soen band from Sweden at work. Shredding guitar riffs are taking a backseat, one may say for the benefit of some orchestral strings, in one way or another. 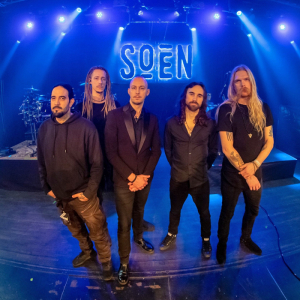 I wouldn’t say that I’ve been a band fan as such, but hey, this one has changed it all. What a great production! First of all, you immediately will recognize, what is serving an omnipresent impression are the lead vocals of course, contributed by Joel Ekelöf. In addition the overall sound is that rounded, a matter that needed some preparation time for sure, with the result of a priceless atmosphere.

Kudos to all the involved musicians as well. All being superb finally. In order to highlight some extraordinary excerpts let me name the hymnic Monarch, furthermore, adapted from the 2019 Lotus release, the enchanting Lunacy questioning the ability to remember who you are. On Jinn the bass takes a giding role. Modesty sees the ensemble on its peak regarding the mode of expression.

Designated prog metal aficionados may shun away from this production. Then again here we most probably have something appealing to neo prog fans at hand. Anyway, my conclusion: yet a great thing to enjoy! (Uwe Zickel)