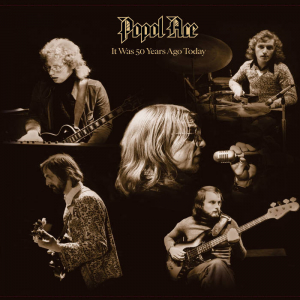 Popol Ace from Norway have been a typical 1970s progressive rock band with a rather unique musical expression. During their existence the quintet basically was consisting of Jahn Teigen (vocals), Pete Knutsen (keyboards, guitar), Arne Schulze (guitar), Terje Methi (bass), and drummer Thor Andreassen. They originally started under the moniker Popol Vuh, released their self-named debut in 1972, and one year later the sophomore Quiche Maya. But at some point the band had to notice that an already established German krautrock group existed, using the same identifier. After they had altered the band name two albums were released furthermore. Featuring another singer, the latest from 1978 flopped more or less though. Being a downfall in prog terms while evolving into a strong popular rock direction. Then soon after Popol Ace disbanded.

The new album It Was 50 Years Ago Today offers a collection of live-in-the-studio tracks (Sveriges Radio and Norwegian Broadcasting Corporation Archives), as well as recordings made from a reunion concert in Oslo at Rebecca West (June 10th 1994). That’s the main reason why this triple LP release contains a few songs that are presented in two different versions. Most of the tracks are deriving from the acclaimed first two Popol Vuh albums. I actually do prefer those live in the studio outtakes. The prog component is way more dominant here, this provided with a simply perfect sound quality on top. The electric piano serves a jazzy note again and again. Diversified compositions presented by skilled musicians. I would say this is partially comparable to the band SBB from Poland. Jahn Teigen’s vocal appearance is excentric somehow, multi-varianted in any case, probably a matter that needs getting used to for one or two. 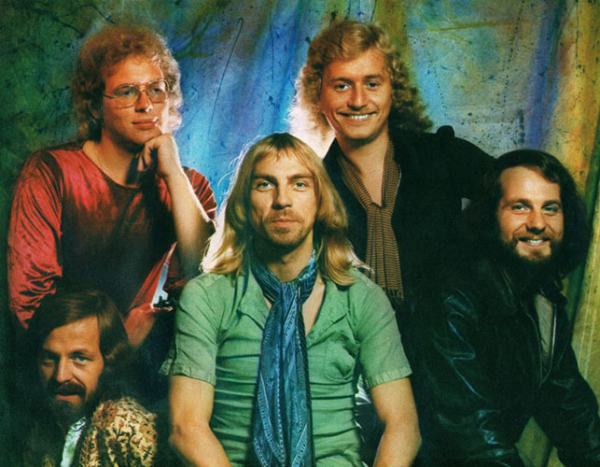 This may surprise, but especially the cover Feelin’ Alright makes my day. That original Traffic song, really getting famous later due to the Joe Cocker interpretation, sees them wonderfully jamming for a while. Let the music flow. The longest track Get Up evolves nearly in the same way. Other exceptional band compositions are Hunchback and Milk-White Satin-Dressed Departure. Performed by the same line up the last half of the songs chosen for this compilation unmistakeably are evolving under live circumstances. Only additional keyboards are provided by Sven Ohrvik here. Obviously being motivated by the enthusiastic audience they are having a lot of fun. Anyway, it sounds more spruced up. Leavin’ Chicago for example comes with a proper rock n’ roll feel. I’m missing some edges and band typical characteristics here, exemplarily the strange vocal expression. Nevertheless, all in all the It Was 50 Years Ago Today album is a really fine offer, gives the listener a proper view about the special Popol Ace inspiration as well as the musicians’ capabilities. (Uwe Zickel)