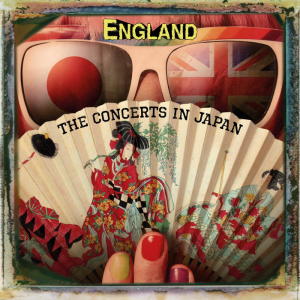 The re-formed Symphonic Rock insider tip ENGLAND played two gigs at the famous rock venue Club Citta in Kawasaki, Tokyo, on the 8th & 9th July 2006. Initially available solely as a digital album, this production covers the original live recordings, remastered and extended to a twelve track item. Now in September 2022 the German NuMusi label have added this one to their portfolio. They are offering a double CD digipak that includes a 16 page booklet with extensive notes and background information about the concerts, the band, the instruments and illustrations by mastermind Robert Webb (keyboards, guitar, vocals). The line up also comprises founding member Martin Henderson (bass, vocals) as well as Alec Johnson (guitar, vocals), Steve Laffy (drums), and finally Maggie Alexander (vocals, keyboards). The art work on the other hand was contributed by … well, Ed Unitsky, who really wonders? 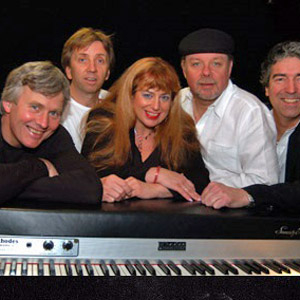 During more than one and a half hours the band celebrates their song material in a very good mood and weight. And this includes their most important effort, the complete debut suite Garden Shed from 1977, today a highly praised item in prog circles. As expected from a live gig it all sounds consistent, rounded, although the vocals are not always perfectly to the point. The manifold keyboards, including Mellotron, are the real sensation. And yeah, you won’t miss the mandatory drum solo on Open Up. For some time Masters Of War – later appearing on the 2017 album Book Circles – runs like a relatively simple Boggie Woogie track. Though towards the end it will turn into a prog expression more and more. What especially appeals is the extract of the long track Imperial Hotel, a free give away issue that explicitly was produced for the Japan gigs. Or the closing Nanogram that comes with slight Supertramp and Renaissance leanings. I wholeheartedly recommend to be concerned with this awesome production by exploring their bandcamp page. (Uwe Zickel)