Alta Forma are pulling us out of the comfort zone 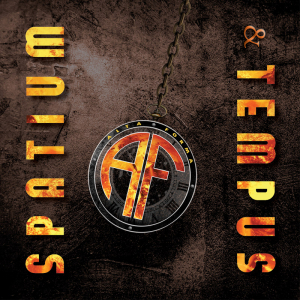 Although we already are aware of London based Antoine Farfard as a composer and guitarist, at least now is the time to invest sufficient space for the new music he’s constantly providing. Okay, it’s a debut also in some way, because released under the new moniker Alta Forma. And music-wise it showcases a slight shift from what he has produced beforehand. Well, that makes curious of course. Very much focused on progressive jazz fusion originally it’s a tad more art rock oriented on that occasion.

Furthermore this also concerns the new approach to write lyrics, to incorporate vocals. Farfard’s fundamental challenge in making this music was to find a singer who would fully match and contribute to it. Finally it was JK Harrison from the US, who then managed to provide valuable input into the lyrical and musical direction of this project.

Harrison has worked for Brian Wilson, Paul Simon, Bruce Springsteen, amongst others, also being a close collaborator with Todd Sucherman (drums) since their early years. Having such a prolific percussionist added to the fold means a big plus of course. He had played with Styx for over 20 years by the way. Spatium & Tempus, respectively ‘Space & Time’ … as for the concept, thematically seen, this is more coming from the spontaneity, and not deeply hidden into metaphorical imagery. The lyrics are dealing with universal matters in general. “You’ve been pulled out from your Comfort Zone”, one of my album favourites is exemplarily calling for a specific adventure, while wondering what is behind the wall … Farfard’s guitar solo puts the cherry on the cake. The album opener also convinces with proper groove respectively splendid drum fills. 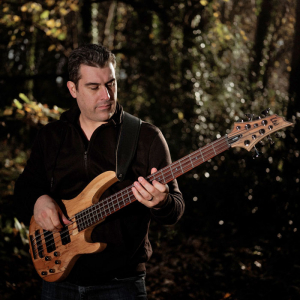 Strong piano contributions on Invisible Time, this sees Harrison being credited regarding the music. And so it’s not really surprising that it sounds more tending to an AOR style. In this case I’d like to highlight the great fretless bass presence, also a matter of Farfard. Hear Now probably marks the most prolific composition, simply a masterpiece. The clever acoustic and electric guitar synergy is striking. And not be missed, dealing with global disasters and hopefully the survival of mankind, the closing energetic Apocalyptus is accompanied by an ambitious promo video.