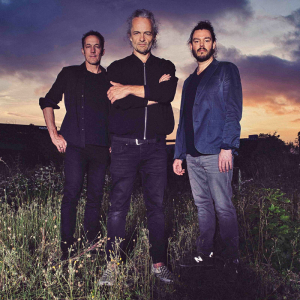 Clearly deriving from the band’s own sonic cosmos their third album provides round about 40 energetic powerful minutes of rock music. Just as well made with passion for detail and richness in the same way. The Universe By Ear group, or TUBE in short, is residing in Basel, Switzerland.

The trio comprises Pascal Grünenfelder (bass) as well as Stef Strittmatter (guitar), both also successfully active for another band that is equipped with the supremely self-explanatory title FidoPlaysZappa. And finally drummer Beni Bürgin completes this thriving enterprise. The particular songs are more extended than ever, mostly captured on the fly in the studio, which means presented without nearly any overdubs. 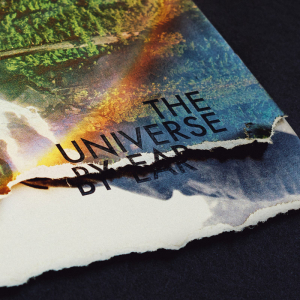 They are having a more loose concept in supply, in a broader sense drawing on the essential element water. That also includes the desire of several humans who are reaching for new horizons, which also implies expeditions on rivers, seas, oceans and even in space.

TUBE apparantly must have problems to agree on a meaningful album title. Apart from that tiny potential issue the trio’s sophisticated songwriting attitude provides a solid fundament for an entertaining flow in general. The two expanded exemplars are opening the album. Sail Around The Sun convinces with a strong jamming part.

Together with the following Something In The Water this is evolving in quite different generous stages, pushed by a punchy bass and lively drums. Occasionally this is resembling bands like Rush, Arabs in Aspic, Anekdoten and similar. Featuring some singalong appeal Salty River turns out to be my current album favourite. Are you ready for the TUBE?