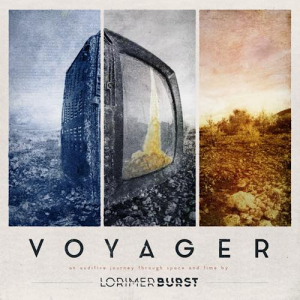 It’s always nice to hear modern rock bands take their art to the next level. Hanover-based post-rock combo Lorimer Burst continue to expand their affinity for space rock, with their new album Voyager.

There is a method to the leap into the stellar vacuum, because here the band musically tells us the story of the space probes “Voyager 1” and “Voyager 2”. In the additional information about the album you can also find quotes from the famous astronomer Carl Sagan referring to the Voyager missions. All in all, this makes a good concept album.

The songs make use of multi-faceted arrangements and an appropriate sound design to create the necessary space that does justice to a cosmos. The drum patterns are played to the point and with a lot of finesse. The bass performs mostly song-serving, sometimes virtuosic, so that the rhythm section forms a unit and provides the necessary groove. However, if you are looking for excessively wafting echo guitars, you will hardly find what you are looking for. Reverb sparingly, but as precise as a scalpel, the distortion faction consistently makes its way through all the songs. Again and again, spacey guitar licks come to the fore, which are partly underpinned by a brute deep distortion carpet. You could think that the guys have a penchant for doom metal – and that fits well together. 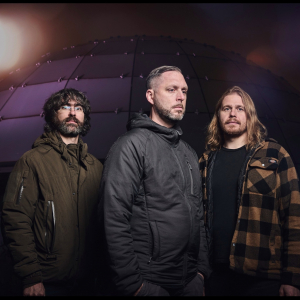 On their album Voyager, Lorimer Burst combine post and space rock with a little pinch of doom/stoner rock to create an exciting musical space epic. Carl Sagan would have liked it! (André Fedorow, Editorial Sound of Prog)